Trophy moose hunting is offered on a limited basis. These hunts have yielded moose in the range of 44-59 inch antler spreads. The largest one at 59 was a feature story in the Nov-Dec 2006 issue of Safari Magazine and a placement of # 7 SCI. These hunts are very rugged and demanding and based from heavy canvass comfortable outfitting wall tents.

Moose were introduced to the province of Newfoundland in 1906, and because of the excellent forage have increased their numbers to 120,000. Many areas of the province boast the highest moose densities in the world. Kevin Mattice and Bob Efford, two of owner/operators, bring along dozens of years experience in the hunting and outfitting industry.

Success rates for Newfoundland moose averaged 90% the last 3 years. The average spread from these hunts is 48 inches. The 3 largest over the past 4 years have been 59, 57 and 54.

Trophy Moose Hunts Include: 1X1 Guide, meals, transportation to from airport or hotel as well as floatplane or helicopter transportation during your hunt. Also included: trophy and meat preparation including boxing for shipment home.

Costs for fall of 2022 starting from $Call USD per person, contact us for your final adventure details @ hunting@breakawayclassicadventures.com 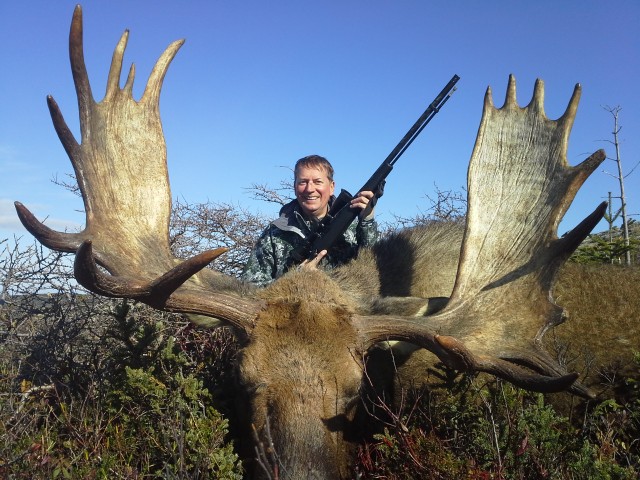